Technological Disadvantages: 9 Experiences My Children Will Never Have

One night as my family was watching a Netfllix movie, the TV froze and my four-year-old said to his younger sister: “Cora don’t worry, it’s just buffering.” This coming from a kid who can’t tie his own shoes.

Whether we like it or not, our children’s upbringing is, and will continue to be, very different from our own. Information is everywhere, privacy has become non-existent, and everyday it feels like we’re moving closer and closer to a real-life Skynet.

I’m no luddite. I’m a Senior digital strategist here at TJA. My job literally entails adopting new technologies and applying them to our clients’ marketing needs. But as much as I enjoy how technology has enhanced our lives (iPads, Netflix, the cotton gin?), I’m still sad my children won’t share some of the same experiences that sparked so much joy in my childhood.

1. Going to Blockbuster
I can still smell Blockbuster if I close my eyes: worn carpet, plastic and packaged candy. I could walk around Blockbuster for hours. There was no IMDB or Rotten Tomatoes to help decide which movie to choose. You judged a movie’s worth by A) How many copies of the movie were on the shelf, and B) How many of those copies had been already rented. In a zero-copy scenario, finding a copy at the return counter felt like winning the lottery.

2. Getting Lost
Until very recently, humans relied on a large piece of paper to help them navigate the world. Although there was always a slight panic when it dawned on us we were lost, for me, there was also a tinge of excitement. Will I get back on track? Will I cave and ask for directions? Will I take a wrong turn and get stuck near an old nuclear site that gave rise to a group of mutant monsters who have developed a taste for human flesh? We’ll just have to keep driving and find out.

3. Dial tone of modem
When dial-up internet was still in use, the internet was in its infancy. That unmistakable tone of the world wide web downloading itself through a landline conjured a wide range of emotions, from excitement to sheer confusion. Pavlovian conditioning at its finest!

4. Driving a car
This one might be a stretch, but in 2029 when my kids are learning how to drive, I’m hypothesizing that self-driving cars will have been fully adopted. Unless there’s a “just drive nowhere specific so I can clear my head” button on their self-driving car, they’ll be missing out bigtime.

5. Privacy
As great as social media can be, I’m so thankful that it wasn’t around when I was a child. When it came to your social life, you only knew what you knew. There was no feeling left out because you saw pictures that Tommy’s GF posted on VSCO from Janey’s party that she purposefully didn’t invite you to.

6. Making a mix tape
Sure, this is something my kids will be able to do digitally with playlists, but there was something extra special about giving a tape to someone that you worked hard on and spent hours perfecting. The timing had to be meticulous, and the presentation had to match. The effort was what made it a great way to show someone you cared.

7. Being off the grid
“Be home by 11!” Being out of touch was liberating. There was no changing plans, or constant checking in. Life was just better off the grid. I’m pretty sure Stranger Things would have been a horrible TV show if those kids had cellphones. Where’s Will? Launch Find My Friends!

8. Using a camera with film
Growing up, there was a limited amount of shots in a roll of film. The perfect picture was almost non-existent. We didn’t constantly have cameras in our hands and we certainly didn’t take 15 pictures of our eggs Benedict. It was a total crapshoot. The anticipation of waiting for the film to be developed was worth the unexpected surprise of the perfect shot.

9. Talking on the house phone
It’s crazy to think how quickly house phones became a thing of the past. There were no cell phones growing up (which means there was no texting, duh). Those 6th grade late-night phone conversations have been replaced with abbreviated shorthand text. SMH, man. SMH.

Maybe my feelings about technology and my offspring will be passed down from generation to generation. I just had Siri make a reminder for 2049 to have my son to write a follow up. Oh the irony.

Me, as technology continues to advance: 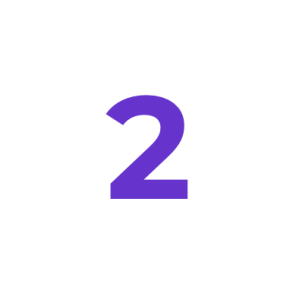 02/09/2022
PrevPreviousThe Evolution of a “Millennial” From The Power of Leadership
NextShould you bring your dog to work? Absolutely, yes. But also, maybe not.Next